I'm a huge fan of the Regency Period (1811-1830)
This is the period in history where Mad King George III was deemed unfit to rule and his son
the Prince "Regent" - who later was crowned King George IV, ruled England.
George the IV or "Prinny" as he is nicknamed in most modern Regency Romances,
was crowned King in 1820 but lived till 1830.
I consider his entire reign to be part of the Regency period.
One of the major publications during the Regency and endorsed by the Prince Regent was
Ackermann's Repository of Arts, Literature, Commerce, Manufacturers, Fashion and Politics.
This monthly was published from 1809 - 1828 and is a great resource
for those of us who love the Regency period.
I find Ackermann's to be a fascinating glimpse on the time period and love the colored illustrations found in it's pages.  Now when I read my beloved Regency Romances I have a very good idea what publications of this time period were like, the phraseology, fashion, furnishings and some idea of what the interests and politics of the time period really were.

Playing cards were a major form of entertainment at this time and there was a large number of fancy decks available.  Ackermann's included one plate a month with examples of 4 playing cards from a pictorial deck over a 13 month period (Jan 1818 - Jan 1819) to show a complete 52 card deck.
I think this is a very entertaining deck of cards and hope you enjoy seeing it too.
(I'm amazed at some of the outfits and embraces depicted on the cards considering this was a general publication.  It appears the Regency public may not have been as prudish as I've been lead to believe.)
Ackermann's included ladies fashion plates, needlework patterns, and furniture in each issue
so I know this was not a gentleman's only publication.
I have to wonder... were the ladies of the day shocked to see these cards?
Here is an example of Regency Era verbiage from Ackermann's Repository.
These are the descriptions of the last 4 cards in the series from Jan 1819 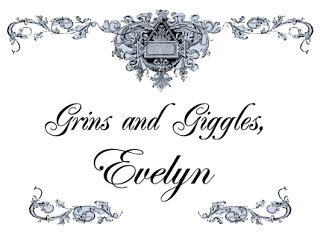 Thanks for visiting me here at EKDuncan.blogspot.com
If you have enjoyed seeing these images from Ackermann's Repository
and would like the opportunity to see and read an original for yourself
they are are available on line at www.archive.org
Click HERE then choose the volume you are interested in.
You can then see and read them online or download
them to your computer for future reference.
Enjoy!
Posted by EKDuncan at 2:33 PM