Today I bring you another installment of Regency fashions from the pages of Ackermann's Repository.

In my previous posts from the last part of 1817 - 1820, Ackermann's included a large amount of fashion plates dedicated to mourning fashions due to several deaths within the royal family.  It's a nice change of pace to see that most of the fashion plates for 1821 are gaily colored; however the two fashion plates for September 1821 again show mourning clothing due to the death of yet another royal - Queen Caroline wife of the newly crowned King George IV.  Her death did not overly impact fashions as you can tell by the remainder of the fashion plates for late fall and winter; since the October fashion plates are a deep rose colored costume and a formal court dress.  The Queen passed away in August of 1821 and court mourning was officially ended in late September.

For those of you who like to see the interesting written tidbits from Ackermann's;
I will be posting Queen Caroline's Death notice and the Ackermann's article
about the Royal Coronation of King George the IV at the bottom of this post.

The coronation of  King George IV
(previously the Prince Regent also known as Prinny to his close friends)
took place in July 1821 and inspired another fashion plate
depicting a fancy court dress.

February 1821 fashion plates are MISSING
from the volume I had access to;
but I've been lucky enough to locate images of what they did look like.


I'm always amazed at the elaborate trims on
vintage clothing like these Regency costumes.
They are just so much fun to look at.

Thanks for taking a look at 1821 Regency Fashions from the pages of
Ackermann's Repository and join me again in the near future for a look at 1822.

Now for those who want to see the Ackermann's account of:
Queen Caroline's death
and the Coronation of King George IV


The Death of Queen Caroline 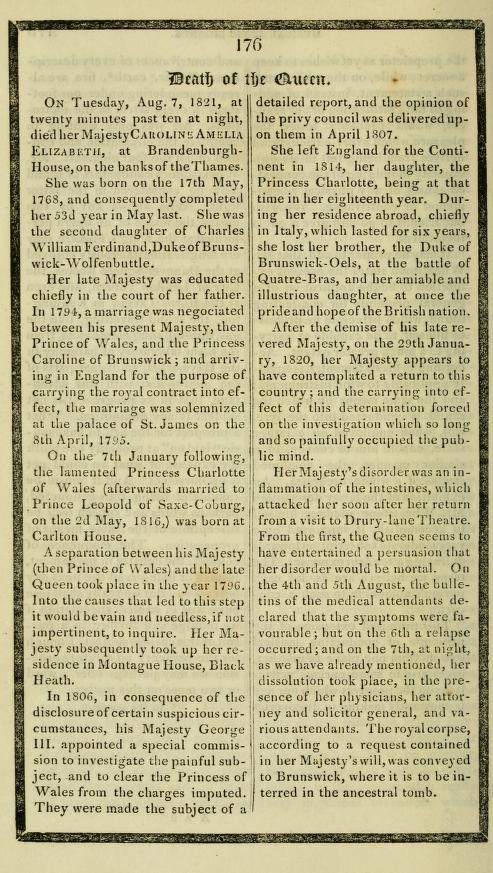 The Coronation of King George IV
I thought it was interesting that he wanted a grand ceremony that would outshine
Napoleon's and that he choose to do it in the style of the Tudor's.
I'm sure the whole affair felt like a fancy dress ball for those in attendance. 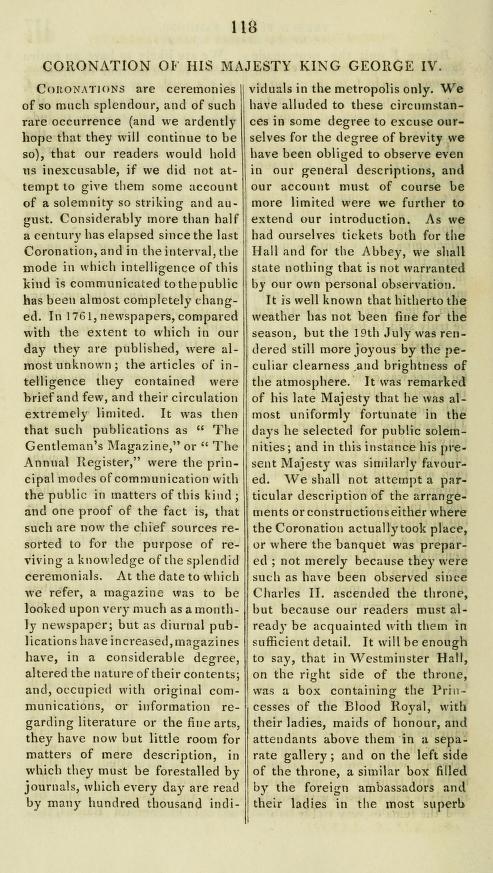 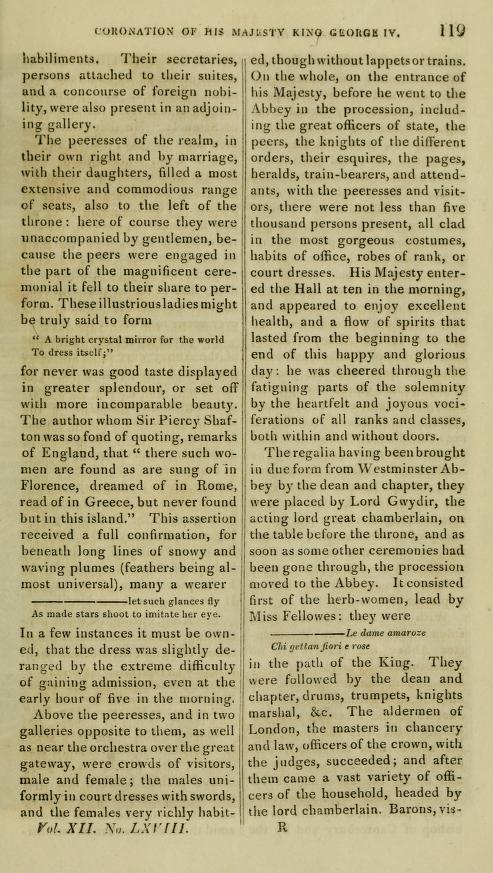 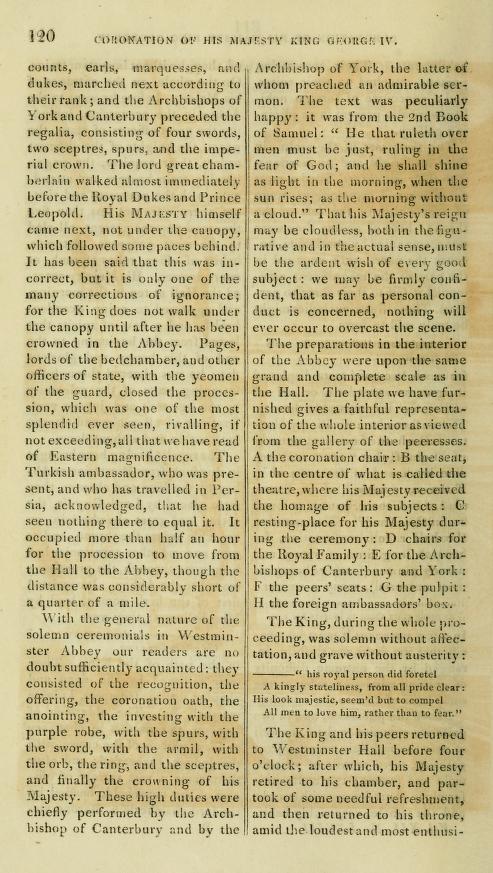 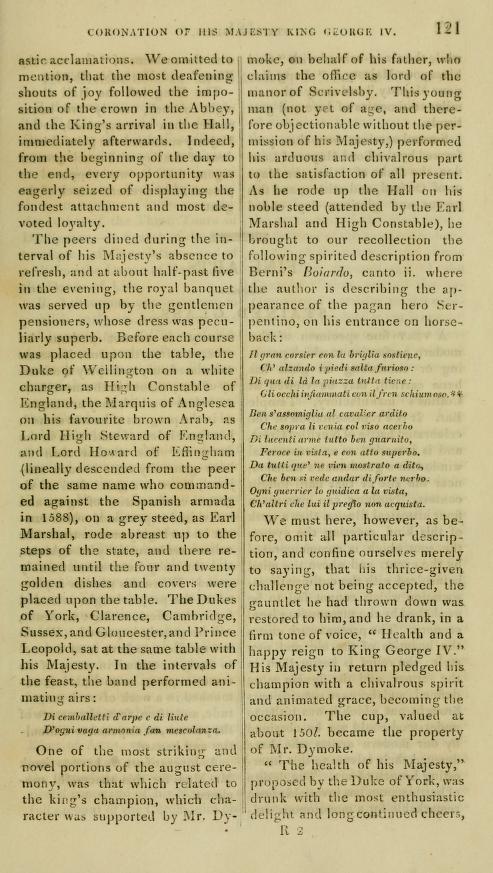 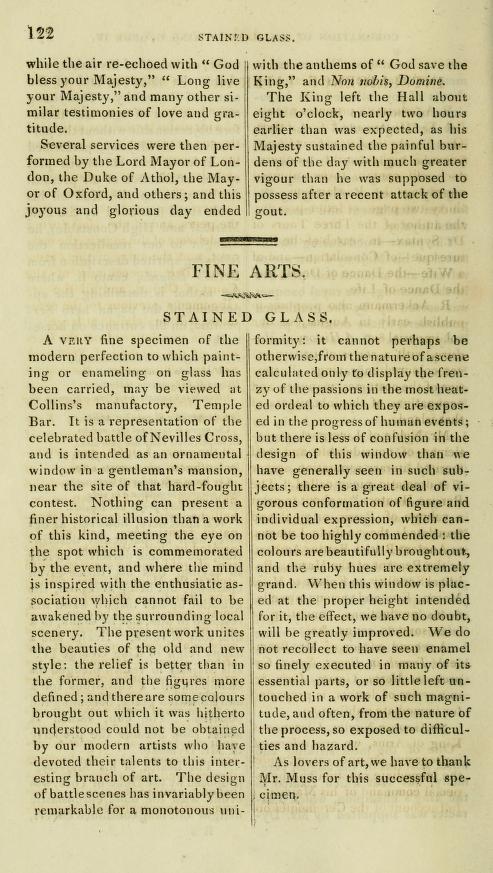 I enjoy seeing how events like these were recorded in it's
day so I hope you found it interesting as well.

Thanks for visiting me here at EKDuncan.blogspot.com

If you have enjoyed seeing these images from Ackermann's Repository
and would like the opportunity to see and read an original for yourself
they are are available on line at www.archive.org

Click HERE then choose the volume you are interested in.
You can then see and read them online or download
them to your computer for future reference.
Enjoy!
Posted by EKDuncan at 7:39 PM