For all of you who have been following my Regency Fashion plate series of beauties
from the pages of Ackermann's Repository, 1827 is the next to last year for them.

Ackermann's Repository ran from January 1809 - December 1828 and had a very successful 20 year history. Every monthly issue included 2 fashion plates for a total of 24 in each year. Today I've posted the 24 fashion plates from 1827; of which the February issue shows two Mourning dresses as we encounter another death in the British Royal Family. Those two fashions are due to the death of King George IV's brother Prince Frederick - The Royal Duke of York.
The Duke of York was King George III's and Queen Charlotte's second son. Since by this time King George IV had no living legitimate children; Frederick was his heir and next in line for the crown. With Fredrick's passing; the third brother(William) now becomes the heir to the British throne and will later become King William IV in June of 1830 with the death of King George IV. King William had no living legitimate children by his death in 1837 and it is here where we finally leave the Regency behind and step into the Victorian age as his niece Queen Victoria becomes the new ruler of Great Britain.
I will post the Ackermann's Death notice for the Duke of York at the end of the fashion plates for those of you who like that extra glimpse into the real Regency world.
Now for more fun fashions from the Regency - Enjoy!
Ackermann's Repository 1827 Fashion Plates


The Regency Era was a time unto itself.
We may have a ton more technological advances, many of which I'd not want to live without;
however this period of time just seems so much more refined and romantic - at least on paper.

So I hope you have enjoyed seeing the 1827 fashions and will join me again
for the last and final installment in this Fashion series.

Now as promised for those who like me can't get enough of Ackermann's Repository;
here is the death notice they published for the Duke of York who died on January 5, 1827. 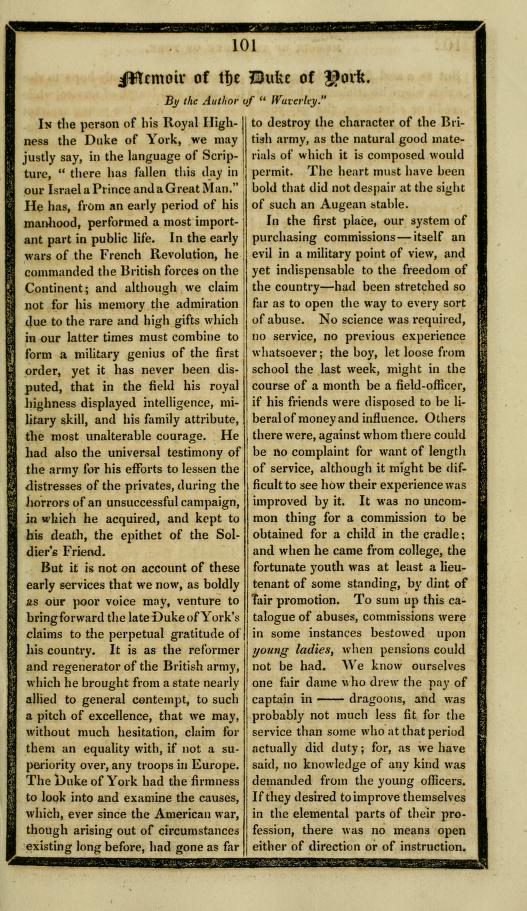 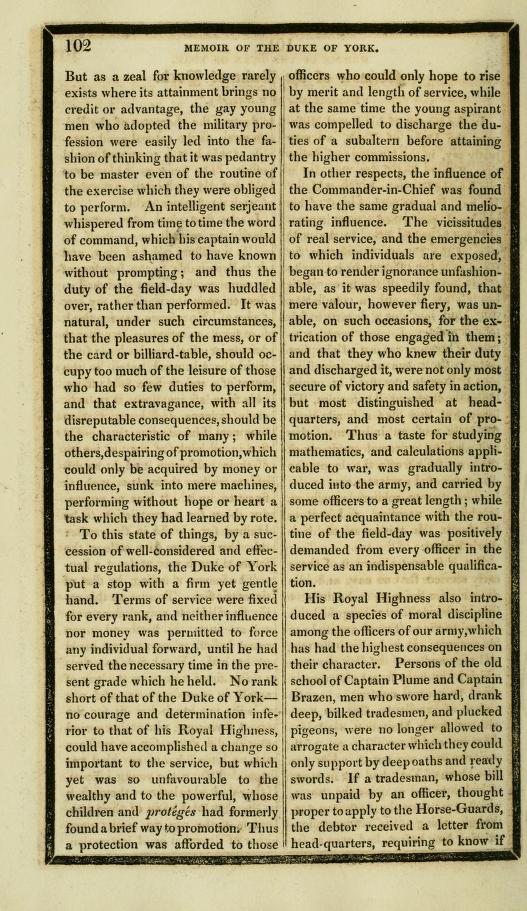 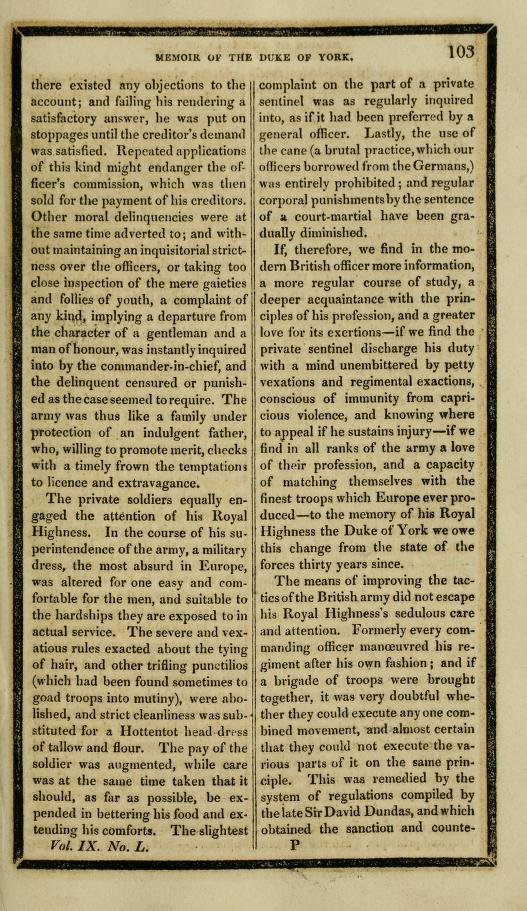 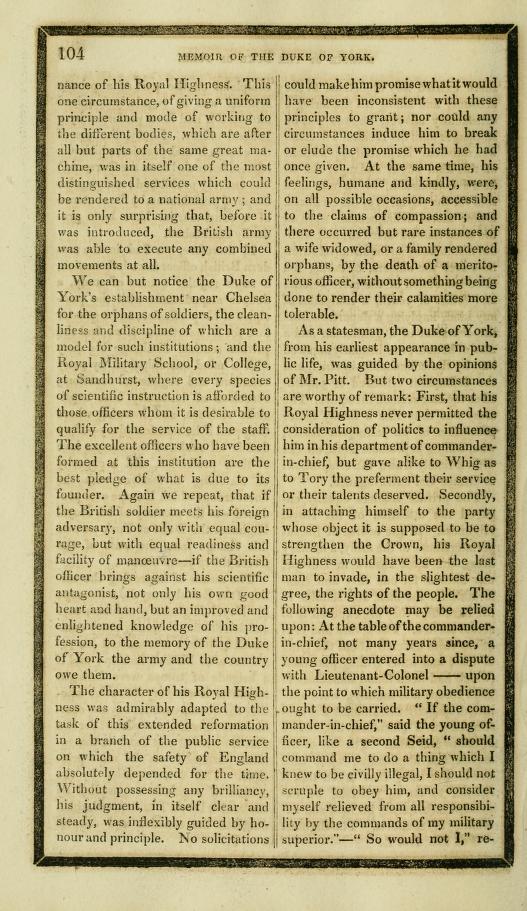 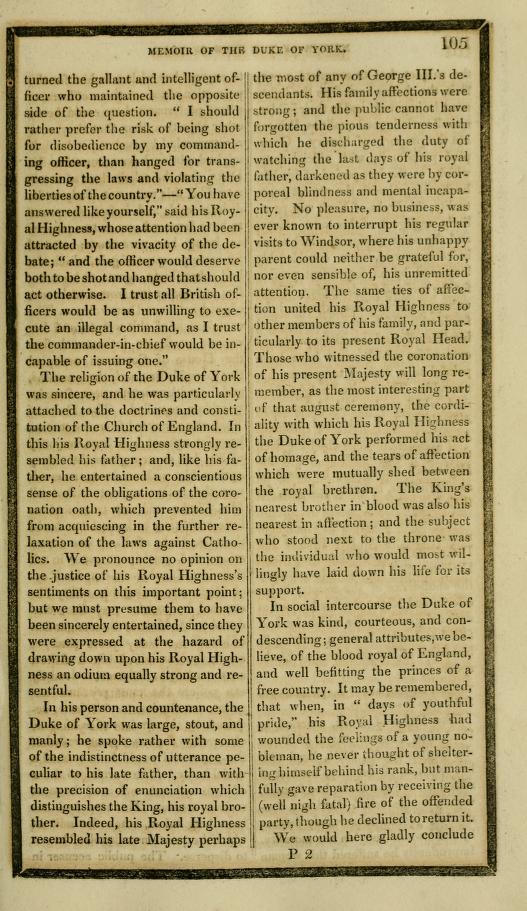 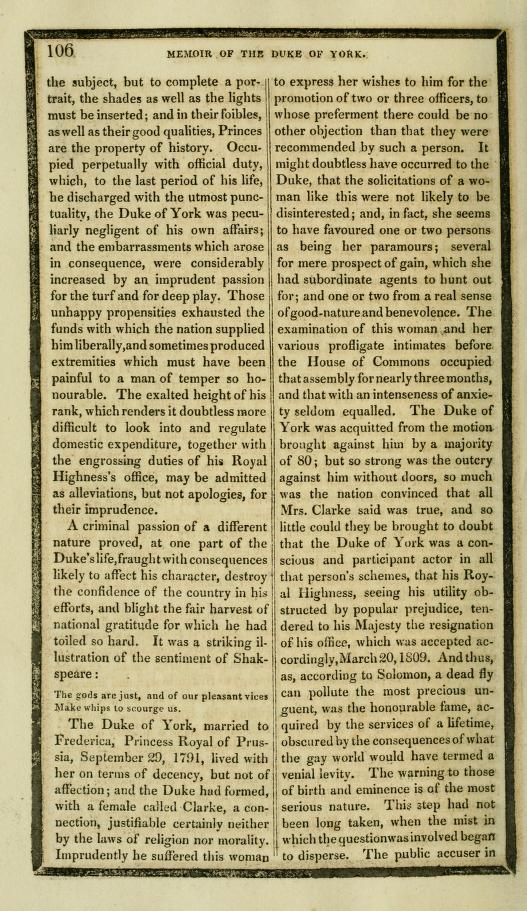 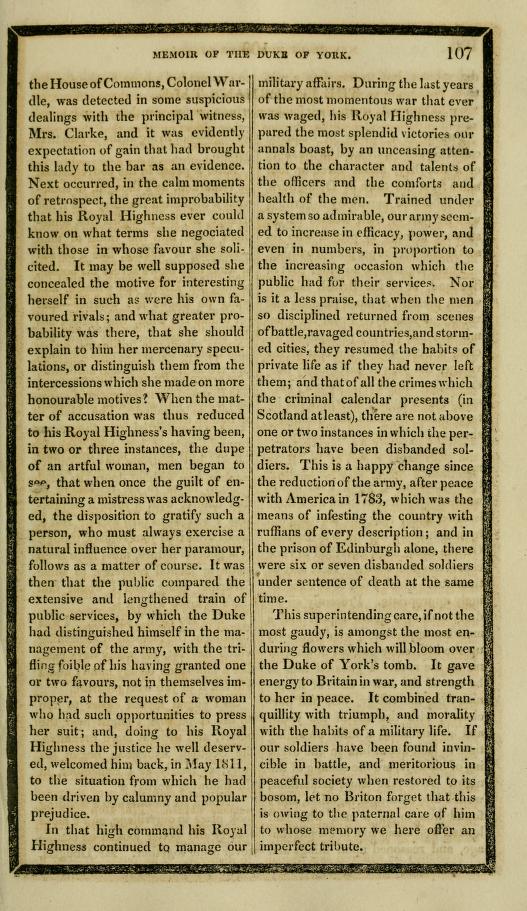 Thanks for visiting me here at EKDuncan.blogspot.com
If you have enjoyed seeing these images from Ackermann's Repository
and would like the opportunity to see and read an original for yourself
they are are available on line at www.archive.org
Click HERE then choose the volume you are interested in.
You can then see and read them online or download
them to your computer for future reference.
Enjoy!
Posted by EKDuncan at 2:13 PM