Ackermann's Repository did an extensive series in the 1820's regarding Country Seat Estates.
At the time, this would have been the equivalent of a modern day magazine spread
on Mansions of the Rich and Famous.

In Regency England the members of the peerage and holders of a title would usually have a "Country Seat".  Engaging in "trade" was considered a taboo for the gentry, so many of them obtained their income off the land via their estates. Those enterprises necessitated the best profit from those working the lands surrounding their estates and the home base of these operations would normally have been considered the Country Seat.  In many cases, these estates were of such significances to a titled lord, that they were entailed properties that could not be sold or gambled away; therefore insuring that they remained in the family at all costs.

A Country Seat would also have been a large estate or property in the country
for those without title and rank but of great fortune.
This was becoming more readily scene as men from the lower gentry and upper
middle class were making their fortune in various pursuits such as:
Military, Medicine, Law, Banking and Investment Speculation.

I read a lot of Regency romances, and many of those books include homes and estates with Hall, Priory, Lodge, Abbey, or Park as part of it's name.  I found it most educational to view a variety of estate homes with these names as part of their title and to see what one might have actually looked like in Regency times.

Ackermann's always included information for each of the Country Seats depicted.  Some of the articles were brief and to the point while others were very elaborate and informative.  I guess this depended on the importance of the person who owned the estate and/or the history of the estate itself. Many of the estates shown hold an interesting historical past that have connections to previous British nobility and were then purchased in Regency times by men of great fortune but little or no rank in the British aristocracy.

This is the article that accompanied the above rendition of Lubscombe
Country Seat of Charles Hoare, Esq
(this one was a brief narrative about the home) 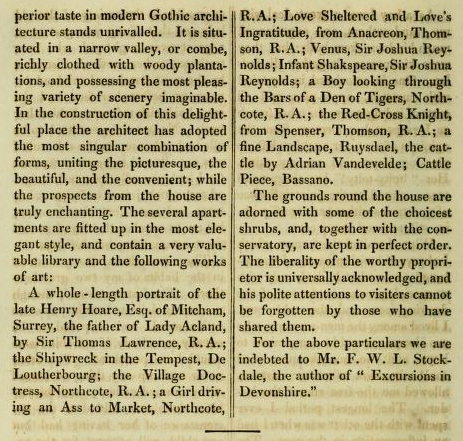 It's interesting to know that during this time period it was not uncommon for persons of
quality visiting an area to request permission to tour a great home of interest.
These articles may have proved useful for those who were so inclined to request a "visit".


Here is another article of a Country Seat; however this example shows a more in-depth account.
This one is for Eaton Hall - Country Seat of the Earl of Grosvenor 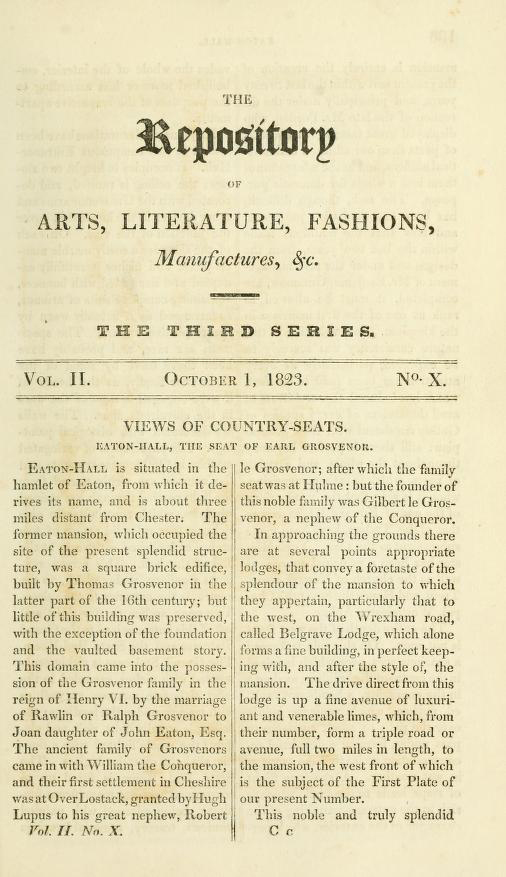 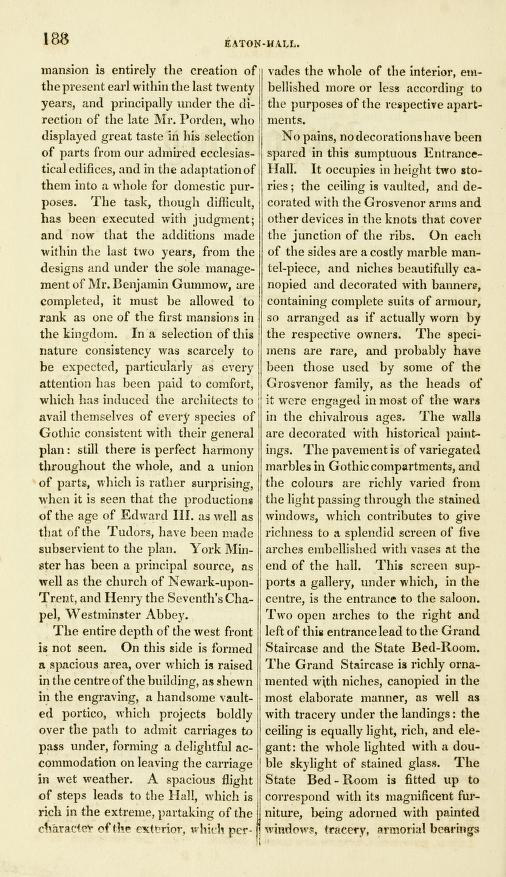 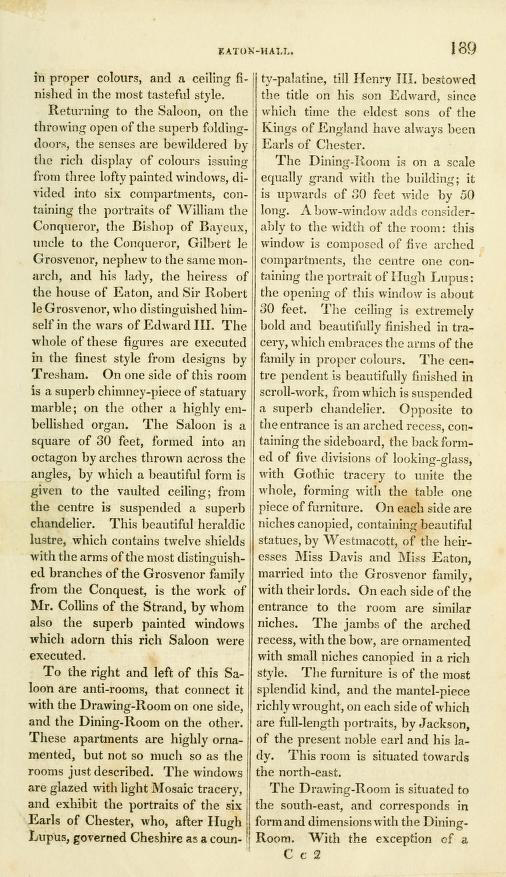 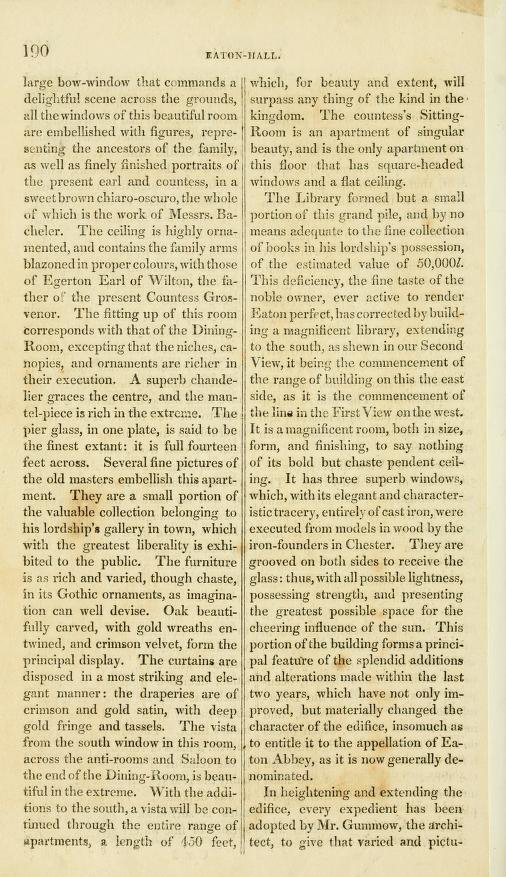 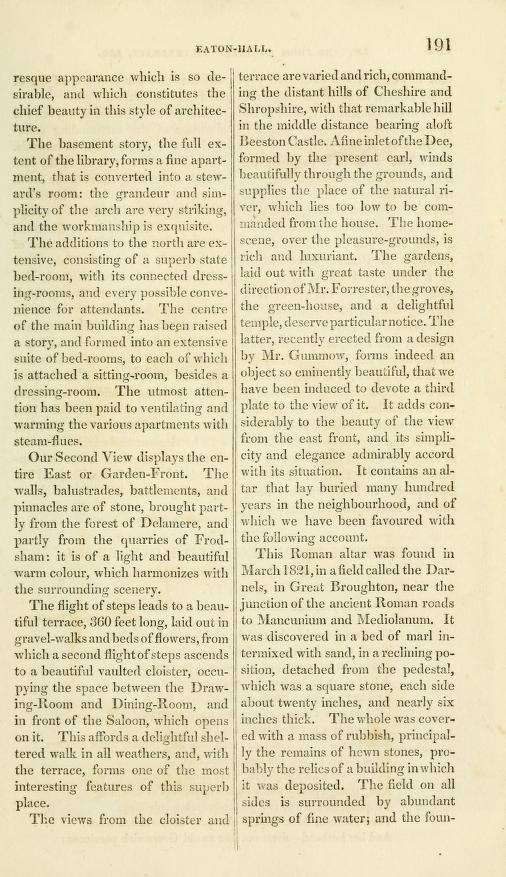 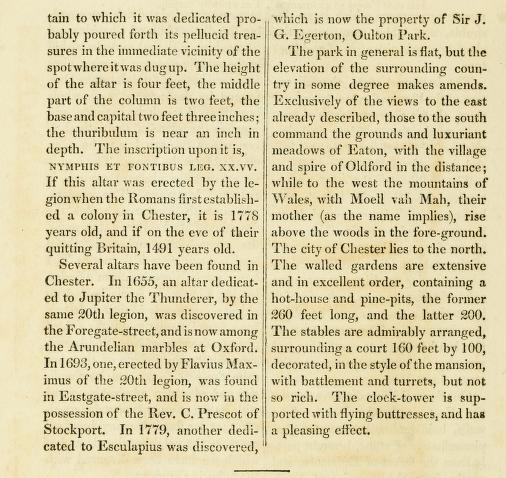 On occasion the "Country Seat series" would include elaborate estates
on the continent, this was one of those "special" cases.


I enjoy using vintage images like these in my digital art.  They can make a great
backdrop in a digital scene or can be used in a variety of crafting projects.
In a previous post I showed how took images similar to these to create fun
digital scrapbook pages.

Thanks for joining me on my continuing series into Ackermann's Repository.

Thanks for visiting me here at EKDuncan.blogspot.com

If you have enjoyed seeing these images from Ackermann's Repository
and would like the opportunity to see and read an original for yourself
they are are available on line at www.archive.org

Click HERE then choose the volume you are interested in.
You can then see and read them online or download
them to your computer for future reference.
Enjoy!
Posted by EKDuncan at 10:03 AM