Dancing Marie #4 - The World is My Stage

Marie Antoinette was one of those rare individuals who's legacy has far surpassed their short lifespan.  Even the fashions of the day are now thought of as "in the style of" Marie Antoinette


During her life she did have some impact on the fashions of the day.
She spent a lot of money to have "Her" own look which was usually
over the top, so she was a lady who took center stage wherever she went.

Here I've matched up Marie #3 from the previous post along with the new Dancing Marie #4.
Another toy theater background and two more vintage toy theater curtains,
sets this make believe stage for my Dancing Maries.

This is a most lively theatrical costume from the late 1700's and a bit creepy since the original shows her with snakes in one hand and a wicked blade in the other.  For my rendition of this dancing lady, I've removed both so that she looks a bit less threatening than the original.

These are the other colorized versions I created for Marie #4


Now for the Stage

The main portion of the background was created by first taking the image I had
of the theater surround and adding in the "full curtain" behind the swagged valance
on the stage portion of the main image.

This created a nice framed stage area and would have been fine on its own;
however I love theater curtains and wanted one more in the foreground.

I did a bit of altering to one of my existing curtains to
give it a slightly different look and brought it front and center.

Put all the elements together and I have my finished piece. 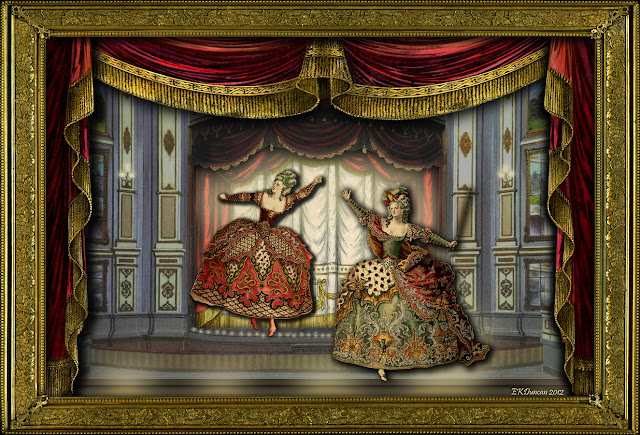 I hope you have enjoyed seeing how I used some of these lovely old
"Drama Queens" from the time of Marie Antoinette and personalized them
to create my own version of "Marie" art. 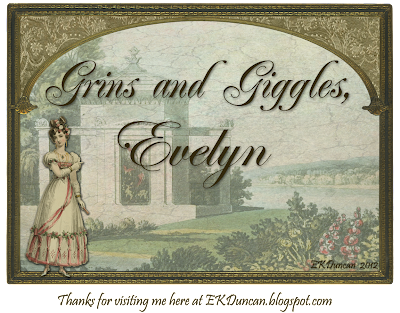