Occasionally I run across duplicate fashion plates that were printed at different times; so they have a slightly different look to them.  I thought it would be fun to share one of those example with you today.  Naturally, I've created a variety of colorized PNGs from each of the two original versions so you will have a lovely assortment of  this 1780's fashion plate to play with too.

For my digital artwork I took the 1912 version of the the 1780 fashion plate, created a PNG image from the original, altered her colors and placed her in a suitable setting.  The background was created using a photograph of a lovely garden scene which I enhanced in Photoshop using several textures and filters.

I find it amazing how the same image can appear totally different with slight changes.
Both of these prints seem to be based on the same master image but the paper and
coloring process are quite different and lends a unique look to each version.
Prints from "Galerie Des Modes et Costumes Francais"
I know the left print is from the 1912 book of reprinted French Fashion Plates from the late 18th Century; the other appears to be a much earlier printing and seems to be hand colored.
(The 1912 book has a reference page showing the new plate numbers vs the originally plate numbers when they were first published.  The Right image has the original plate number)

Not all the master plates survived into the 1900's so when the 1912 book was printed not all the plates were available to reprint. The 1912 version starts with the image that was originally plate #37 and now the 1912 book has it listed as plate #1. From that point forward other original plates are missing here and there from the original series of images. The 1912 versions new sequential order has plate #1 - 325. The original series had 408 images vs the 325 in the 1912 reprinted 4 folio set.
This is why the numbers on the two images above do not match.

Both are lovely examples of the same 1780 "Cirassienne" fashion from the time of
Marie Antoinette;however my favorite is the the last one that appears to be hand colored.
(there seems to be so much more depth to that piece than in the 1912 version.)

I liked both images well enough to turn them each into PNGs and
create a rainbow of colors for each version.

The 1912 Reprint Image
This version of the fashion plate  has neutral colored hair feathers. The dress appears to have a more overall sheer fabric look to it with the most contrast coming from the ribbons and the flowers appear to all be the same color.


The Older Hand-Colored Image
(or what I believe to be the older version of the two)
This version of the same fashion plate has multi-colored hair feathers.
The fabric for the dress appears heavier than in the first example and there is significantly more contrast between the color on the body of the dress and the trim.  The flowers in this version are also multi-colored where in the other example they are not.

I had a bit of fun changing her hair color  in this version where as
in the previous examples I left the hair color alone.


It just goes to show that sometime it's worth having a duplicate image in your collection;
especially if there is enough of a change between the two examples.

I hope you have enjoyed seeing this "twin" set of images and
the various colorized versions I came up with for each. 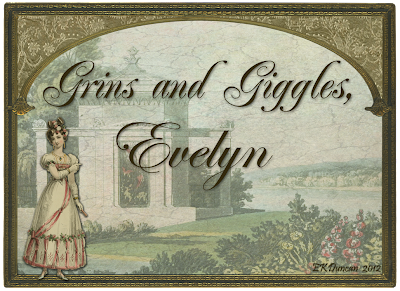