My Fanciful Muse was not quite ready to move on from the Paluzie theaters I've been posing about, so I've been having a bit of fun creating colorized versions of these vintage treasures.

Today I have a fun color selections on what I've dubbed the "Fairy Tale Theater"
because it has that bejeweled, story book, kingdom look I associate with fairy tales.
These little gems are based on a vintage image from Spain;
which can be seen on the original post - HERE.

The original image was intended to be an inner curtain to work with other Paluzie toy theaters; however I really liked the way this image took on it's own identity as an independent theater, by adding a base.  And as much as I liked the original "red" version, I decided to created a variety of colors for added fun.  So here is what My Muse came up with.

Now this fun little theater has 9 looks from the updated but original Red
to a most elegant Black and gold version.

This series of Fairy Tale theaters was created from a vintage toy theater paper sheet created c1900 by Paluzie, Barcelona. More can be seen about it and some scenery to work with theaters shown here can also be found on that same post.

There's still more to come as I continue my Toy Theater Quest so,
Till Next Time... 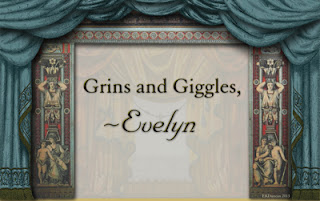